With over 30,000 residents, Westfield, New Jersey is a small-town that is known for its family-oriented ambiance, gorgeous downtown area, and highly ranked public school system. With NYC only a 45 minute train ride away and the Jersey Shore an hour drive South, Westfield has an ideal location which makes the town even more appealing for its residents. Known for its exceptional restaurants and trendy amenities, Westfield attracts visitors from all over New Jersey.

Why People Choose Westfield to Live

Westfield's convenient location, unique amenities, and noteworthy school district are just some of the many reasons why people choose to settle down in the North Jersey town. The town offers train and bus transportation that travels directly into Manhattan, which makes it even more attractive for families with commuter parents to reside in Westfield. Another captivating perk of living in Westfield is its outstanding school systems. According to NJ Patch, Westfield's public school system was ranked 14th out of 162 districts. These exceptional public schools emphasize Westfield's family-oriented atmosphere. 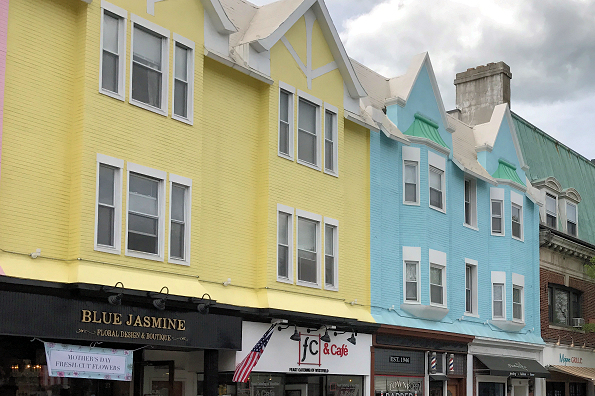 Westfield is home to a famous cartoonist, Charles Addams. Known as the creator of The Addams Family cartoon series, Addams inspired several movies, TV shows, and musicals with his creation. While attending Westfield High School, Addams drew cartoons for the school's student literary magazine, called the Weathervane. This position sparked his passion of cartoon drawing. In 1961, Addams received a Special Edgar Award from the Mystery Writers of America and he forever will be remembered for his impact on the cartoon industry.

In addition to Charles Addams, several other well-known figures were born in Northern New Jersey. About 15 minutes away from Westfield, Meryl Streep was born in the town of Summit, NJ. Close by in Newark, Queen Latifah was born and raised. A little farther north of Westfield is Wyckoff, NJ, home to the Jonas Brothers. These celebrities may have found tremendous fame since being born in their hometowns, but they will always be New Jersey residents at heart.

Why Westfield is Unique

Westfield's claim-to-fame is more than just its famous former resident. The town is known for its gorgeous downtown area that offers a wide variety of top-notch restaurants. Two of Westfield residents' favorite spots are Ferraro's and Fiamma Wood Fired Pizza, which are both delicious Italian restaurants. If you're looking for a phenomenal steak, Sweet Waters Steakhouse is a fan favorite. Westfield also has authentic, diverse restaurants, including Spice Bazaar, a Modern Indian Dining spot, and Roosterspin, a Korean eatery. Moreover, Westfield is home to low-key venues that feature live music, such as Boxwood Coffee and 16 Prospect Wine Bar and Bistro. Whatever type of ambiance or cuisine you are looking for, Westfield is the town that has it all.

The Northern New Jersey town is also home to several trendy amenities. Westfield's downtown area consists of Yestercades, a recently opened arcade that turns into a BYOB at night, and the Rialto Movie Theatre. Right around the corner in Westfield's neighboring towns are Yale Terrace Brewery and Two Ton Brewery. Nearby in Milburn, NJ is the Paper Mill Playhouse, which features several plays a year and attracts visitors from all over the state. These unique amenities contribute to Westfield's noteworthiness.

Westfield's convenient location between NYC and the Jersey Shore, highly-ranked public schools system, and downtown area full of delicious restaurants make the town one-of-a-kind. With its family-oriented atmosphere and all of its unique amenities, the small Northern New Jersey town is the perfect place for families to settle down in.